Best Laid Plans and All That! 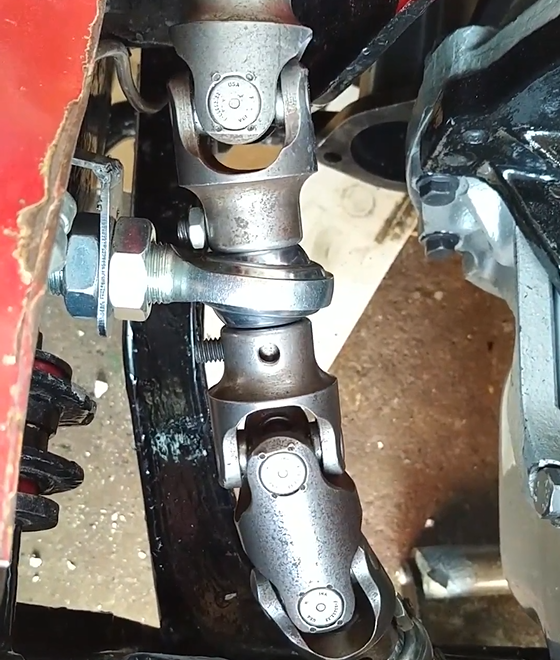 So if you have been following my build you will know that like Baldrick i came up with a cunning plan for the steering! well, after some testing i was not feeling the love for it. It has real potential as an option but i think needs to be made as a custom kit specifically for the rack and cross member as using prts from other cars and then adapting them got the concept right but i just felt that with the stress exerted on the rack when stationary and at low speeds that there would be movement. I think if i had the equipment (or a local machine shop that could help) i could get the parts made just as i wanted them with some locators on the rack to stop sideways movement as that was my concern when tested and i did feel happy with it under testing so decided to play on the safe side.

So back to finding an alternative option!

Luckily i had a spare rack so i removed all the new parts from the modified rack and built up the spare one. some of my modifications and the borgson steering parts would still work so as i now have the engine back in the car i fitted the manifold and set about finding a setup for the steering. where i had modified the shaft that goes into the rack to remove the damper/vibration just that gave me room to fit the borgson anti-vibration UJ and by modifying the engine mount i now had much more space to route the rack.

So looking at it if i modified the manifold to move the two outer pipes and a few more steering joints i think i have a solution.

So a quick mock-up with some temp brackets and we were in business with steering that went around the manifold that felt nice and solid and turned well.

I now have some nice custom weld-on brackets to replace the temp ones and the manifold is off having new pipes made up, so when its back i can do a final fit, tack the pipes in place and get someone who is better at welding than me to weld it all up. If it all turns out to work nicely the plan is to have a nice custom stainless made for it. but let’s get her back on the road first as i have spent far too much time messing with the steering as i didn’t want to have to go the modified manifold route which would have been easier to look at from the start, ho hum, you learn as you go along!!

A quick little video of the mockup!

The brackets have been welded on and we are all setup now. Once the manifold is back i will set that up and then locktite in the steering joint fixing screws. 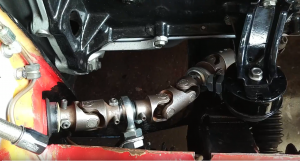