If you happen to pass by my blog every now and then you will see that i have not posted for a while, mainly because if have not been up to much on the Manta. After hassling the engine builder to get the cam bearings in and the head back to me, i got the head back and was ready to build up the head and then i got side tracked into trying to sort out my Seat Altea as just a week before the MOT was up the passengers door lock would not release the deadlock. So weeks of trying to work out the issue and having to break the lock off (as no external way to unlock it) i discover the issue and order new parts which has set me back about a month on the Cylinder Head build.

One thing i have learned, Seat dont want o give away much info and were totally wrong about the issue, as it seems the failure of the electric window unit stops power to the lock! and i have also learned that the old Manta is soooooo much easier to work on 🙂 with no pesky electrics to cause an issue and door cards that you can just pull off to get the in interior of the door!

So back on to the Manta! As i had all new parts for the head (Rocker studs, rocker arms, rocker ball and nuts and the new cam) it was nice to do a build up that would make the head like new. One issue that i found on the 2.4 (and after reading so did others) is that the head studs seem to work lose and then its a real bugger to remove the rocker nut. So after a bit of reading and not finding a definitive answer on should they be put in with locktite, i decided that i would use locktite, as comments about them then being had to removed if i ever needed to seem less of an issue as opposed to them coming lose again.

I bought some cam lube as ReelSteel a V8 specialist recommended Comp Cams as the best for flat tappets (And i love the warning on the side!) so with some gloves on i started the build! 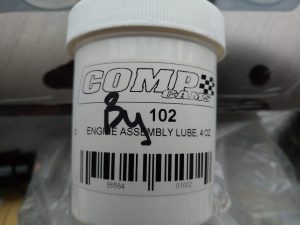 I now have the head all built up with the cam all lubed up and everything else coated with Graphogen so it can safely sit and wait while i finish off the last few bits on the engine ready for me to trial fit the head and check piston clearances for the new ENEM Y12 cam. 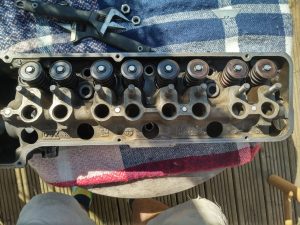 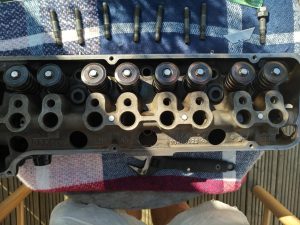