Having decided that this time i would use something better for the fuel lines as im running injection on the car, i decided on Goodridge hardline with bulk head fittings. I was originally going to run them through the inside of the car and not underneath to keep the underneath nice and clean. But Alf did point out that if a line did fracture i could be sat i the car with a lot of fuel flooding in! so i did a quick google and read up on what other people had done, and it does seem that ruel lines inside the car are ok for race and track cars but not road cars just due to the different things that could happen to you on the road as opposed to the track where they have marshals etc..  So fuel lines inside the car verses fuel line outside the car.. outside wins!

Here is how they now look under the car all clipped in with P clips and up into the boot with Goodridge bulk head fittings. 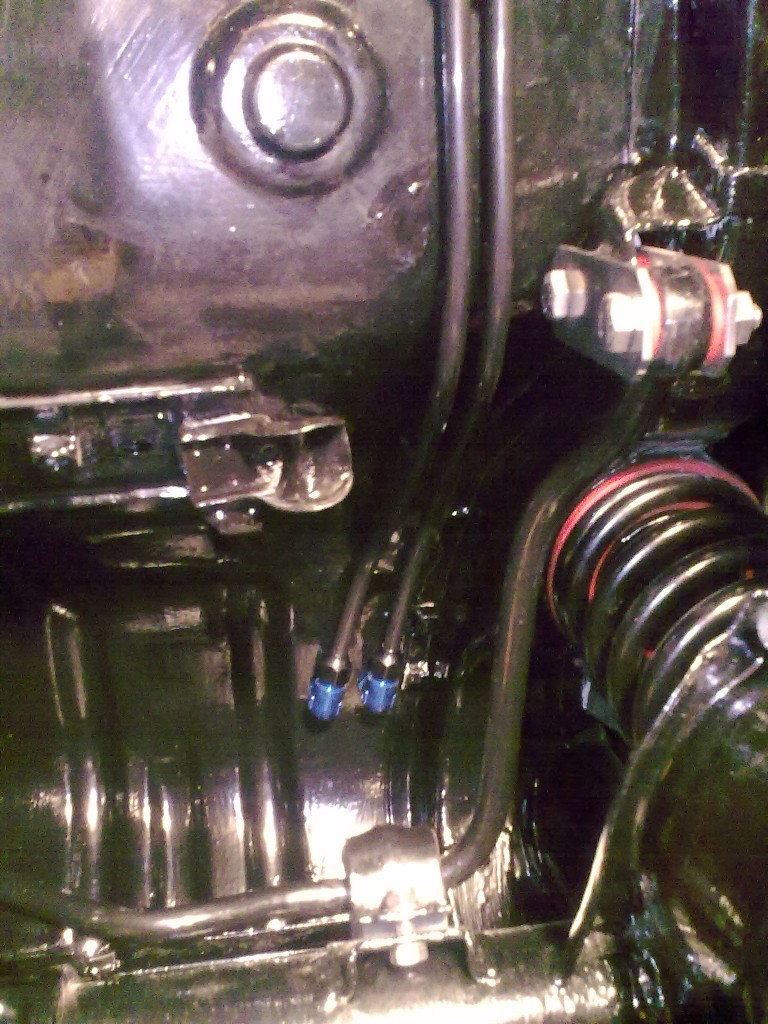