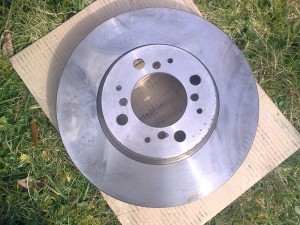 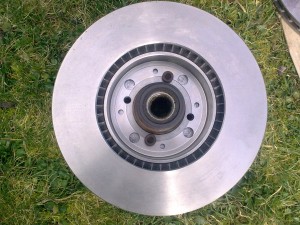 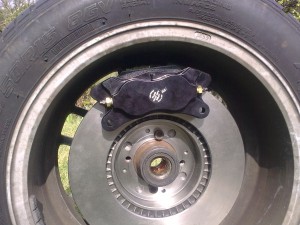 just the right amout of clearance

After popping into friction linnings and looking at how big the catalog was the guy there was super helpful and said he would see what he could find for me. So after quite a bit of searching and only being able to find simmilar ones to what i had or 5 stud ones he come up with a different plan. He found some brembo volvo discs that were 280mm across, 26mm thick and almost spot on offset. the only problem was that the stud holes were way out, so far out that it was possible to have them drilled out to the same holes as the original discs and be nowhere near the actual holes, and they were also about 5mm smaller on the centre hole. Cost of the discs £36 including the vat! So off to Carron tooling, a little enginering place recommended to me. And they said no problem, they would have them done in 2 days and £40 all in. They also said that when i have them fitted up they can make the mounting brackets as well. So for £76 (+ the cost for the brackets when i get them made) and i have a very nice big brake setup for the fronts and have the backs all sorted with the bmw solid discs and cossie calipers. As you can see they fit just right under the OZ racing wheels that i have and look like they were made to fit! 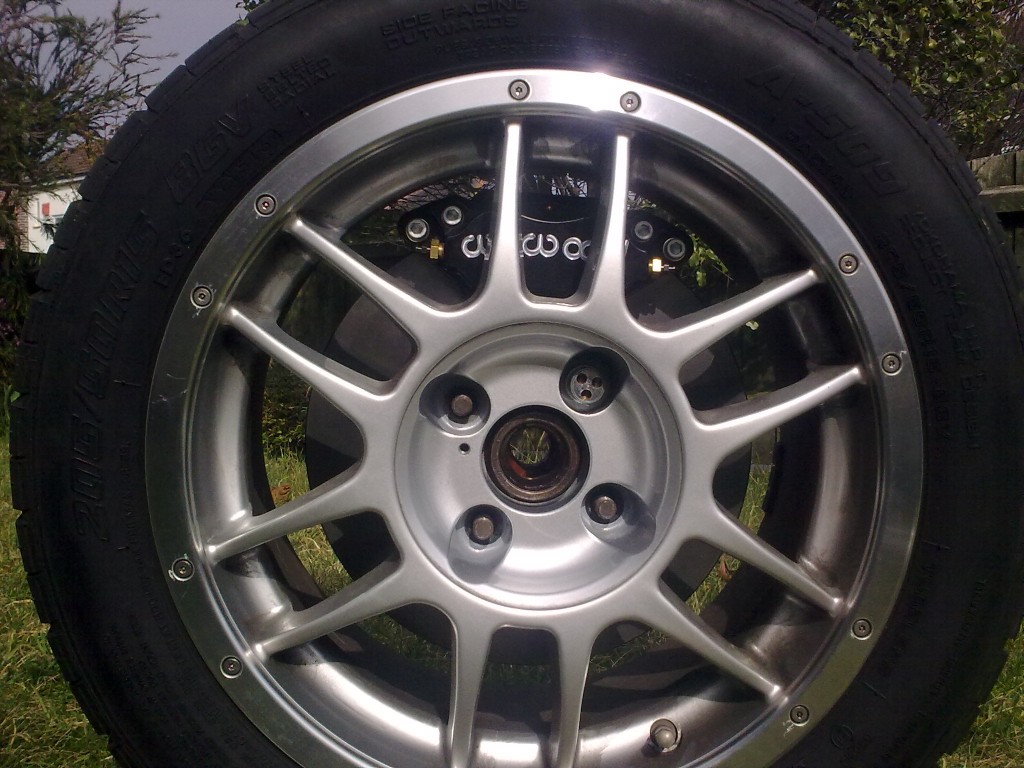 How the will look when all fitted up properly